It’s been an extremely warm and fabulous Late Winter and Spring in Fort Collins, CO, with temperatures in the 60s and 70s for almost 3 months now.  This has created opportunity to get ahead on all sorts of things in the garden.  We are farther ahead than many seasons.

We’ve already had 5 full harvests of Spinach starting in January. Big bowls of greens, with some leaves bigger than your face.  When they grow in Wallowaters, the leaves don’t shrivel as much, and they grow to sizes you don’t usually see.  Pretty sure our Magnesium levels are above average, as a result.

Asparagus came up early, but it was so dry they did some weird curly-Q moves, captured in a picture below. We really had to soak them daily to get them to grow straight and not curl or shrivel.

We’ve also got really well-developed herbs: Thyme, Rosemary, Oregano, Marjoram, Tarragon, and Chives.  We actually took the Wallowaters off 2 weeks ago, hoping we could get through the rest of Spring.

Back on they went, and just in time. While the forecast on Tuesday was for a low of 33, it actually got down to 24 in our neighborhood.  That’s a hard freeze that luckily didn’t do much damage because we prepared.  But, now we are heading for 2 nights in a row of temps as low or lower, with highs only in the low 40s.  It will be the first test for fragile flowers on our Apple Trees and Blueberries.

The Blueberries in particular look so good – it would be a shame to lose them, so we think we are going to cover up with a tarp.  They are hard to cover, because the weight of the tarp when there is rain can break branches.  We will do our best to overcome. 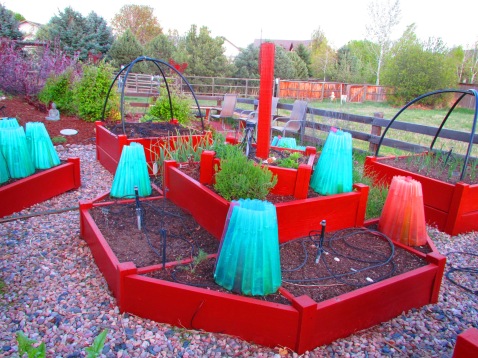 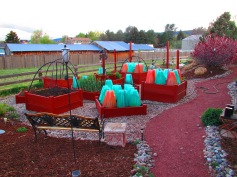 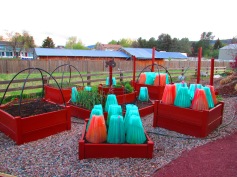 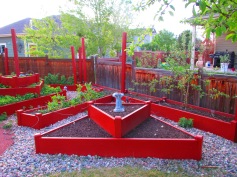 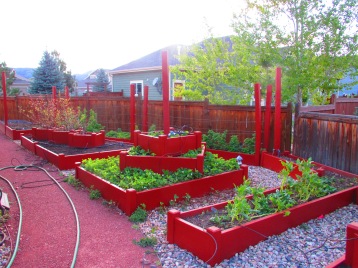 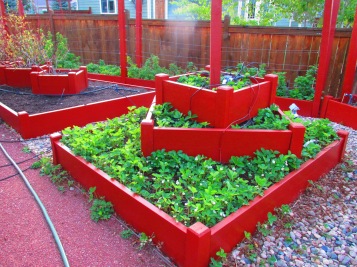 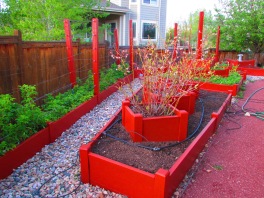